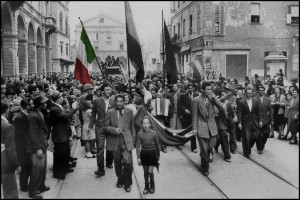 Love Italy, enjoy hiking and the wonderful food but are looking for a holiday experience that connects you with the people and the land? Well here’s a series of WW2 war walks that celebrate life, war-time survival and solidarity that take place in the bucolic rolling hills of Le Marche this Spring.

The series of walks celebrate the paths, tracks and trails used by Allied Prisoners of war as they escaped Camp 59 in the Le Marche town of Servigliano in Fermo Province. Each war walk starts at the still intact POW Camp and most will visit the incredibly brave Italian families and their descendants who hid these fugitives from Britain and across the globe.

Prisoner of War Camp 59 Servigliano, in Fermo Province in the Marche region of Italy was used to imprison Allied Soldiers and a number of Jewish families. All Camp inhabitants escaped after the Italian Armisitice on 8 September 1943, as the German troops filled the Vacuum and spilled down the Peninsular, many escapees were helped by local Italian Families and others linked up with local Partisan Groups in an effort to bring the war to an early end. 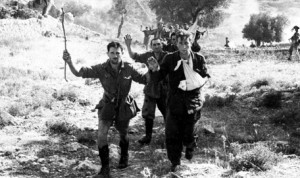 The number of escapees is generally thought to be over 2,000. Some escaped though a hole knocked though the brick wall at the rear of the camp, others escaped through the front gate, which was opened as the Italian Camp command departed on the night of September 14, 1943.

According to the International Red Cross, Camp 59 was one of 52 main camps in Italy, served by 18 hospitals and a number of work camps.

The BASE for the Walks

Servigliano POW Camp, in Fermo province, the Marche. Servigliano is the site of former PoW Camp 59. Talks will be arranged at the village’s museum, Casa della Memoria.

THE WALKS: These take the form of day-walks starting and finishing at Servigliano and passing villages and memorials connected with escaped prisoners of war, the families who sheltered them from the Germans and Fascists, and the partisans active in the area. Walks will take place on 18th – 21st May 2017 and are not an endurance test! Back-up vehicles enable walkers to do as much of a walk as they wish, and non-walkers may meet them along the route. Midday meals are provided. There is an administration charge to cover, transport, meals etc.

In previous years family members of escapees have joined the walkers and the event has helped piece together recent history that would otherwise become lost. 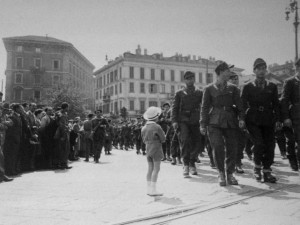 Routes are as yet unconfirmed for 2017, but last year there was the possibility of two routes. The lower route will include Monte San Martino, San Ruffino Lake, Penna San Giovanni and Montelparo, where a memorial to a previously unidentified soldier shot by the Germans was unveiled in 2014. A more arduous trek, of about seven hours each day, will follow a higher route through the mountain villages of Amandola, Garulla, Rubbiano and Altino, in addition to the villages on the lower route.

There was also a memorial visit to PG70 Camp at Monte Urano and the Partisan Memorial at Offida.

ACCOMMODATION: Why not stay at Villa San Raffaello voted excellent on trip advisor. Aletrnatively we can recommend other local accommodations. There are likely to be cars leaving San Raffaello and partaking in the walks.