Marche based Italian cookery series on US TV

New Marche based Italian Cookery program for US Television 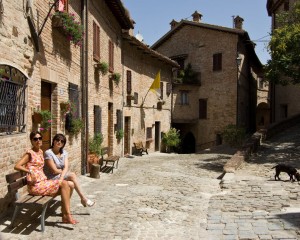 Cookucina is a 6-part Italian Cooking Series, based in Le Marche, that is scheduled to be broadcast across the USA on PBS (Public Broadcasting Service), for the first time in mid-2016.

The producers Tamsen Courtenay and Stephen Phelps have lived in Sarnano in the Le Marche region of Italy for many years and being passionate about the local customs and culture, the wonderful Italian produce, local recipes and cuisine, they felt it deserved a wider audience. 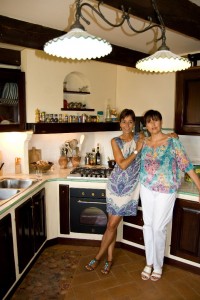 The programs take the viewer on a journey through honey-colored Italian medieval villages and the abundant rolling hills to source locally produced Italian food and wine delicacies and specialties. It will appeal to foodies, wine lovers, travelers, domestic goddesses and Italophiles. Tam, despite being a foodie, has no culinary skills and in this series local chef (and Tam’s best friend) Lia Rocchiccioli teaches her and the viewer about the food provenance, the cooking techniques and recipes that use the best of the local produce to create a selection of savory and sweet dishes.

The producers are now inviting sponsorship for Cookucina’s first Italian cookery series with a view to a long-term advertising relationship on future series. The makers expect to film a second Italian Food series for TV in Le Marche, Italy, in the winter of 2015/2016. An Italian cookery book and you tube channel will accompany the TV series. 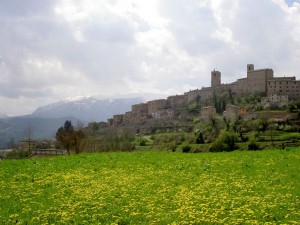 There will be four sponsors in total and each sponsor will get a 15 second slot for TV advertising, with voiceover, which will run twice at each episode’s transmission (immediately before, and then repeated at the end of, each show).The adverts will happen every time the Italian Food program is shown anywhere in the USA in the 3 year period from it’s first showing. The producers have given PBS rights to broadcast the Italian cooking TV Series whenever and as often as they wish, over this 3 year period.

The program makers are now inviting advertisers interested in US marketing for their products. The four sponsorship channels discuss will command a price PER EPISODE (i.e. the cost for 2 transmissions of your advertisement). The final price will be 6 times the episode cost. 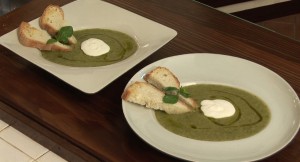 PBS has around 350 TV stations across America, some of these US TV stations will show the Italian cooking programs more than 300 times over 3 years, others less.

across the whole of the USA, a median figure for total transmissions would be around 100,000 transmissions per year. Cumulatively, your commercial or advert could reach 12 million viewers or more.

Adverts on PBS reach 88 of the top 100 markets and in a typical year, 86% of television households watch PBS (around 211 million). In a typical month, about 100 million Americans watch PBS.

Create TV- another great channel for your TV adverts 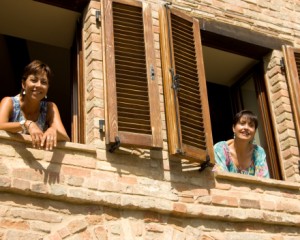 Additionally, PBS will broadcast your commercial on their own Create TV Channel, the most-carried multicast channel on public television, currently this is broadcast by 229 stations with a market coverage of 78% of US Television Households. It is specifically geared towards ‘how-to­’ programmes with an emphasis on travel and lifestyle (the other 2 elements of this unique series – aside from the cooking component). Now in its 10th year, Create TV regularly reaches 44 million people nationwide.

If you are selling or marketing products or services in the USA and are interested in becoming a sponsor of the Cookucina Italian cooking TV program you can contact the team by email at cookucina@gmail.com, on their Facebook page or via this website. We can also be contacted by telephone at +393383521583