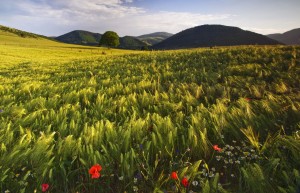 Le Marche Italy is a region in the central part of Italy to the East of Tuscany and Umbria, below Emiglia Romana and above Abruzzo an has been a place of note since The Marches became part of the Italian Grand Tour.

Read this short tour guide to Le Marche region of Italy and you will find that it shares many of their best geographical features but has added attractions for the intrepid traveller.

Often referred to as “The Marches”, Le Marche Italy is a region is flanked by the Sibillini Mountains on the West and the Adriatic sea on the East. Travel to Le Marche Italy and you’ll experience a wonderful bucolic land of ancient farms with rich soil, rugged mountains, fortified medieval villages that still bear battle scars, a land of cultural richness, style, of toil and industry, and, naturally, sumptuous food and wine.

They say that Le Marche is “all of Italy in one province”, and it is certainly one of the greenest, prettiest, friendliest, and most civilised Italian regions. 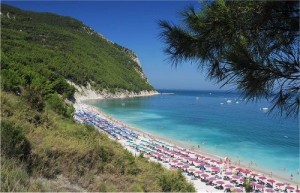 But Le Marche Italy is relatively undiscovered and surprisingly accessible with 8 or 9 airports within a short drive. These days, journalists are lauding the Le Marche region and many consider it the new Tuscany.

Modern tourism to Italy started In the 19th Century era when tourists came to Tuscany, Umbria and The Marches as part of the Victorian Grand tour.

Le Marche region and especially Urbino had gained importance as the birthplace of the Renaissance in the middle ages, but now travellers to Le Marche had better modes of transport and could travel more extensively through this captivating region.

Le Marche Italy – all of Italia in one region

Nowadays the Marches Italy is more commonly known as Le Marche region and holiday makers are still being blown away by a region that is as beautiful as Tuscany and Umbria but is less costly, not as overcrowded, and still retains its localism without being affected by mass tourism, it also has almost omnipresent views of the stunning Sibillini Mountains plus the fantastic Adriatic Coast.

The Sibillini Mountains; which are one of the highest sections of the Apennine Mountains are 40km long, they include 10 peaks in excess of 2000m. The whole area is accessible through tracks and trails and contains some of Italy’s most famous Gorges, Lakes and other geographical features.

It is home to many species of rare fora and fauna and is protected by the Sibillini National Park . This part of Le Marche region attracts painters and bird watchers, botanists, ramblers on walking holidays and cyclists on cycling holidays.

The geography of Le Marche Italy between  mountains and sea consists of vine and olive clad hills, rose coloured medieval villages and a rich and fertile patchwork of farmland. 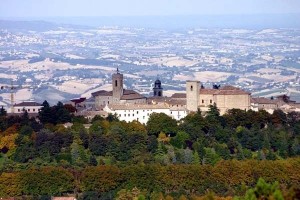 The Marchiaghiani, or people of Le Marche Italy, remain closely linked to the land and life here is centred on the family and on self-sufficient communities of farmers and craftsmen, where the local Le Marche market consumes most of the local produce.

Le Marche is home to much of Italy’s shoe and handbag production  and much of this is still small scale in family owned factories that hand out hand stitching to local artisans with gnarled digits.

Le Marche has wonderful towns with an amazing range of history and historic architecture, that ranges from Art Nouveaux villas to characteristic stone cottages, and are home to wonderful art, over 1000 working theatres, fantastic markets and year round festas where you can sing and dance, eat and drink great local fayre, and enjoy the local crafts and customs.

When to visit Le Marche 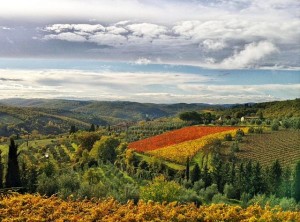 The weather in Le Marche has warm days from Mid April until late October, July and August are the hottest months but the zone around the villa is near the mountains and often benefits from a cool breeze.

November and December often have clear Sunny days  but colder nights  when snow starts falling on the nearby peaks. The skiing season general starts in mid December and the local resort of Sassotetto or Pintura are usually open until late March.

Le Marche Italy- the Provinces and the main towns

Firstly, it’s worth visiting our sightseeing tour page for detailed information on towns in Central Le Marche region.  At the North of Le Marche lies Pesaro-Urbino province where you will find Urbino; which retains its importance as the birth place of the Renaissance. It still retains a slightly regal air with its wide avenues, impressive palaces and art galleries.

Strangely, the Northern most province of Le Marche has a second capital; Pesaro with its impressive beach resort, bustling town , stylish shops and great restaurants. 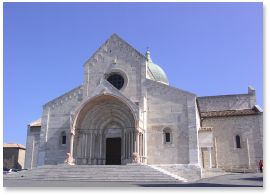 The Province below Pesaro-Urbino is Ancona. Its own capital is also capital of Le Marche. Ancona is one of Italy’s main ports with ferries to Greece, Croatia and Turkey.

The capital of the Southern most province of Le Marche is Ascoli Piceno. A superb City with wonderful piazzas, architecture and riverside walks. Ascoli has good bars and food, a few great art galleries and an excellent monthly antique market with traders who can arrange shipping for you.

Ascoli’s magnificent travertine Piazza is one of the most beautiful in Italy and its football club, whith its stadio della duca, is only 5 minutes stroll from the centre and a real great experience if you are here in the Calcio season. Forza Il Picchio!

Macerata is  a central Le Marche’s province and also the name of the province capital. Lying insiode its fortified walls are expensive shops, lovely piazzas, some impressive chuches, museums and art galleries.

It is famous for its annual outdoor opera festival held at the superb Sferisterio amphitheatre. Pick from Le marche’s  other medieval towns in our sightseeing guide. Make sure that Sarnano and its many treats and treasures features on your itinerary.

The medieval town of Fermo that overlooks the Adriatic has recently been made capital of a new province of Fermo, it has some ancient neo classical architecture and a majestic main square that is built over a roman cistern that is still intact and can be visited if you pay a small fee at the tourist office in the square.

The Marches Italia : The landscape

The most significant impression of Le Marche is its natural beauty and we urge you to visit our sightseeing, touring and itineraries guides and if you are into hiking and walking, cycling, botany or birding on your holidays then also visit those pages.

Please also visit our free time  and foodie pages for suggestions of other activities to make your holiday in Le Marche more memorable. 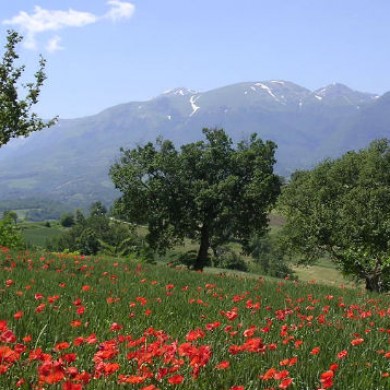 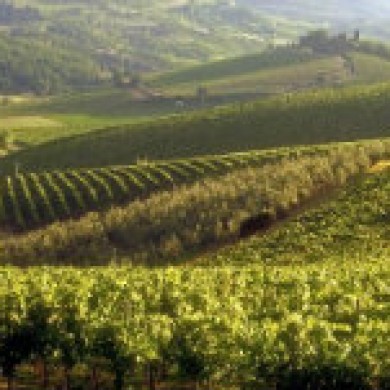 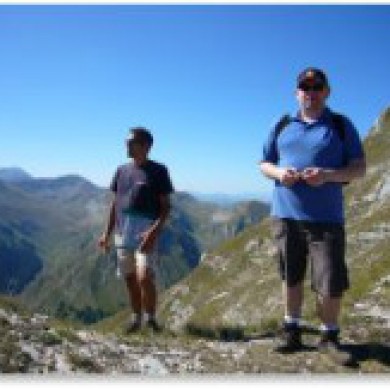 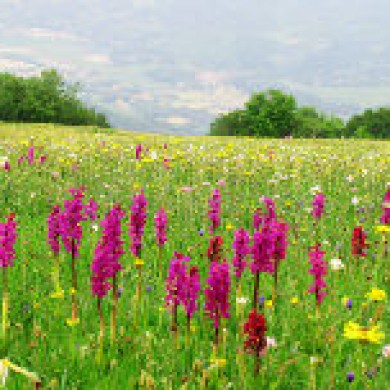 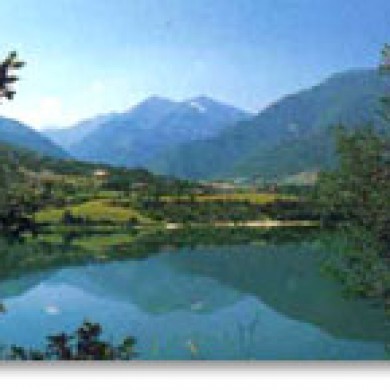 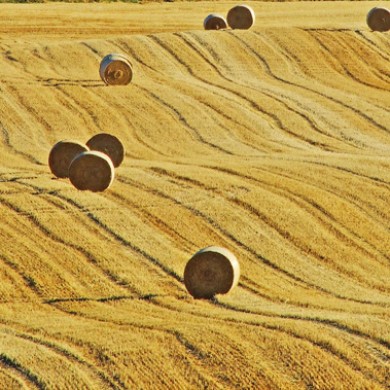 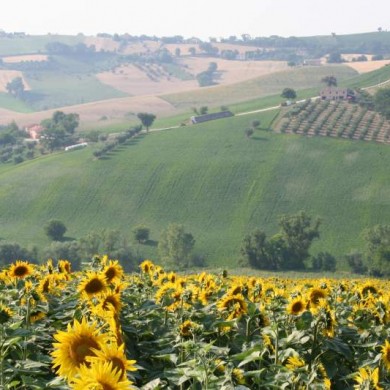 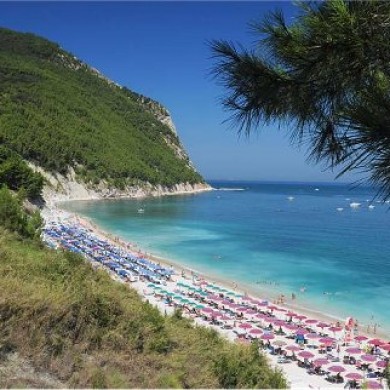 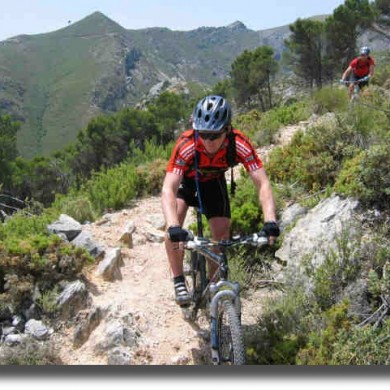 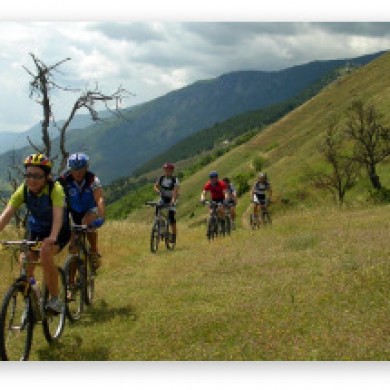 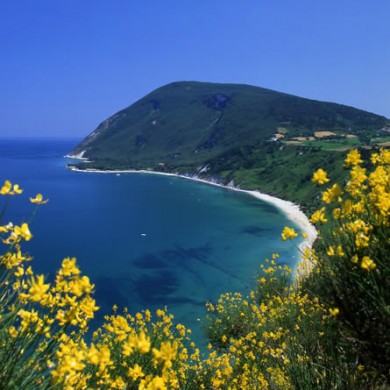 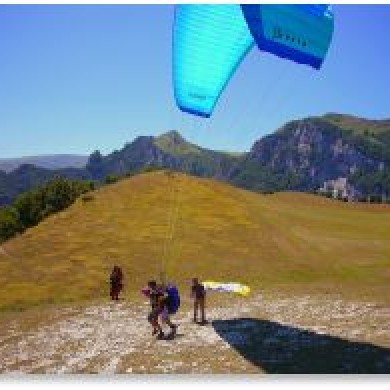 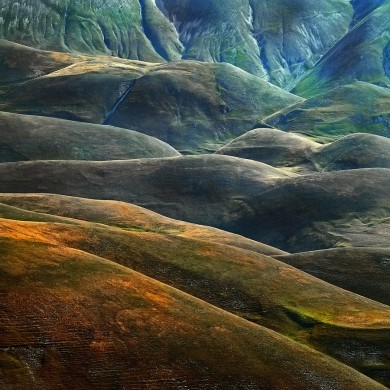 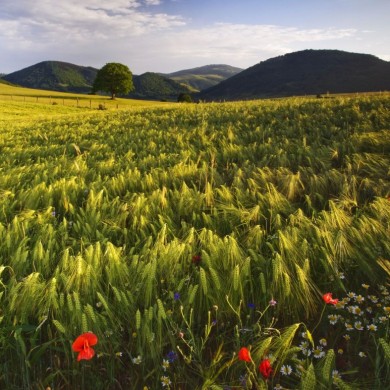 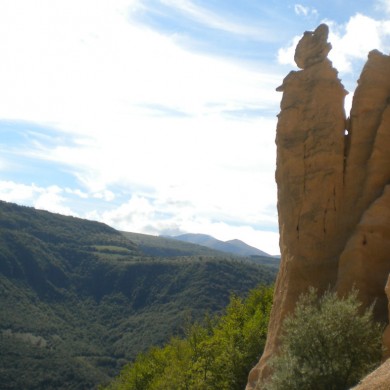 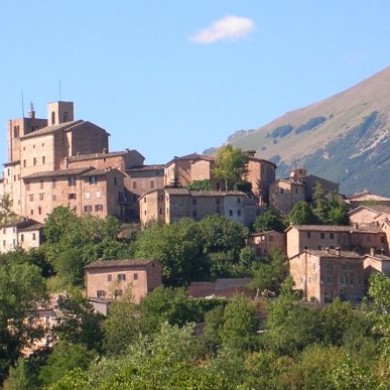 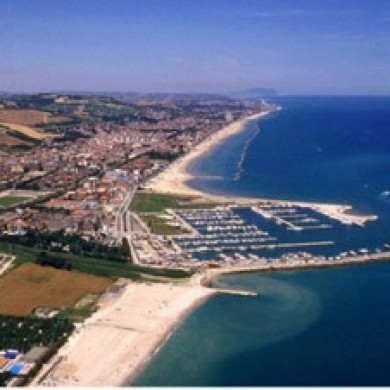 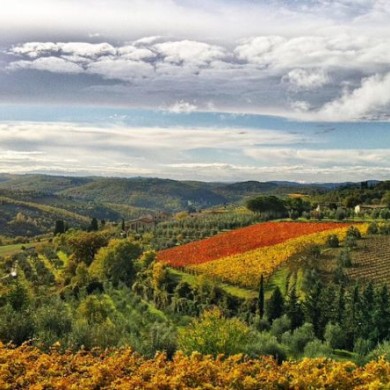 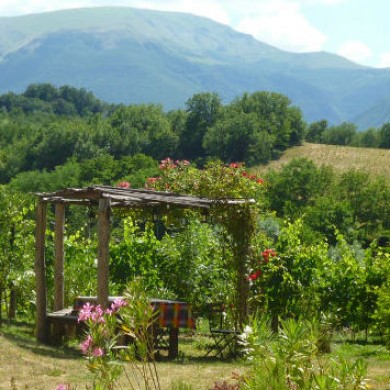 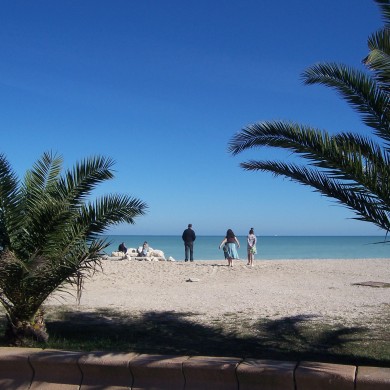 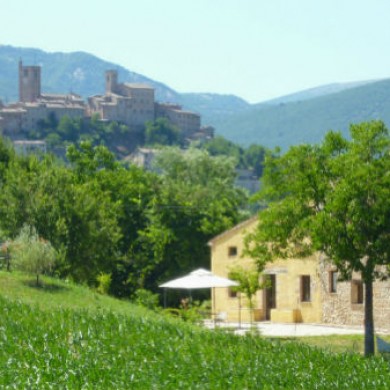 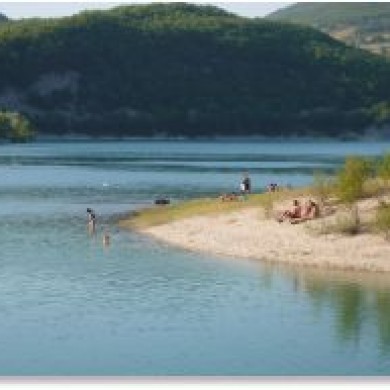 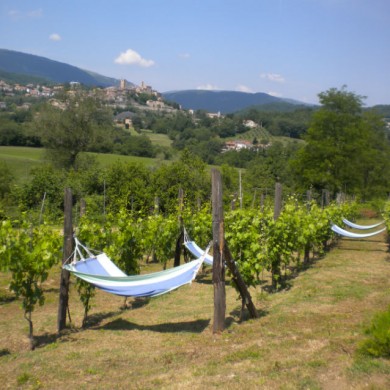 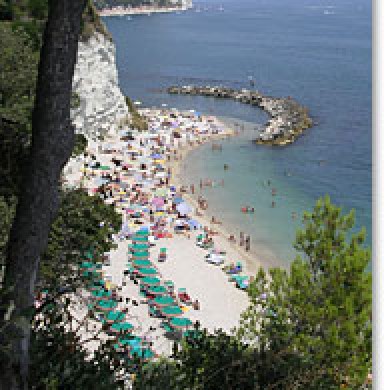 Please browse our prices page and contact us for more details or to book a Le Marche holiday.