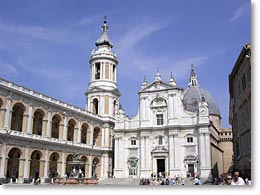 Our Le Marche Villa is equi-distant from two very important places of Christian and Catholic pilgrimage in Italy, Loreto – home to Mary’s house brought here brick by brick from Nazareth and also Assisi – home of Saint Francis. There are many other important churches and places of pilgrimage in the area. Here are a few highlights;

Less than an hour away, the striking hill town of Loreto, home to the Loreto Convent, is one of the world’s most important shrines to the Virgin Mary. The great dome of the Sanctuario della Santa Casa dominates the countryside for miles around; below this stands the rustic cottage from Nazareth that witnessed the Annunciation and the childhood of Jesus.

It was “acquired” or brought here on the wings of angels in 1294. In the middle ages the Catholic church started work on the cathedral and many of the most celebrated names of Late Renaissance Italy were involved, giving the disbeliever good reason to come here. Started on Gothic lines, later architects including Bramante and Sansovino gave the church a thorough Late Renaissance treatment. The local art gallery houses many important works including some by Giotto. 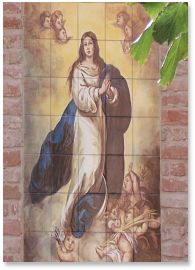 Drive through the Appenines just over an hour and you reach Assisi, home to Saint Francis, with its awesome basilica and cathedral that dominate the landscape for miles around.

The town of Assisi was founded by Umbrians in 500bc and taken over by the Romans, much of the town’s rich artistic, cultural & religious history remain on show to the many visitors that travel here each year on an Italian pilgrimage

Saint Francis of Assisi, spent a couple of years in Sarnano, and the convent in the hills outside Sarnano houses the body of one of his followers, Saint Liberato, amongst others. Now restored, it is a great place to walk to and treat yourself to the lovely menu on offer. 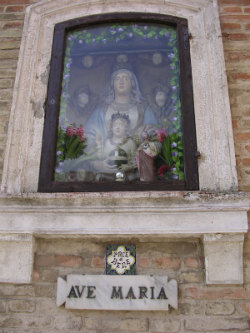 The sanctuary and monastery 20 minutes away, near Montefortino, was built as a catholic place of worship on the site where a poor shepherdess saw a vision of the Virgin Mary. Nearby at Gola Dell’Infernaccio is an amazing gorge that leads to a Chapel that is still being constructed single handedly by the same Monk who started it over 40 years earlier.

Catholic Saint Nicola is buried in the 13th century basilica at Tolentino which houses a group of frescoes documenting the life of Christ, his mother Mary and of Saint Nicola.

Built in sandstone in the wonderfully preserved gothic style hospital of Saint Paul at San Ginesio was used by pilgrims travelling the road between Loreto and Rome.