Discover remnants  of ancient Rome on your Italian holiday 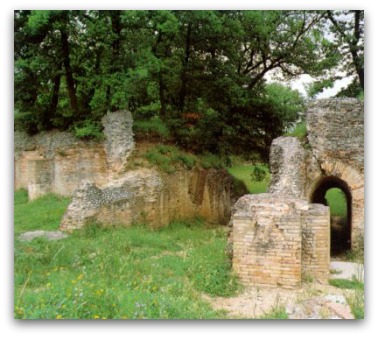 Combine your Italian holiday with archaeological volunteer digs at Urbs Salvia, and you will be amazed at this Roman archaeological excavation site of significant historical importance that was probably founded in the first half of the first century B.C.

The Roman excavation site; which is the largest archaeological excavation in the Le Marche region of Italy, shows few traces of settlements previous to the Roman time, despite the neighbouring countryside being full of artefacts from the Picene tribe that predate the Roman conques of this Central Italian region.

Today Urbs Salvia is known as Urbisaglia and the archaeological excavations have still only uncovered 10% of this once important Roman metropolis. 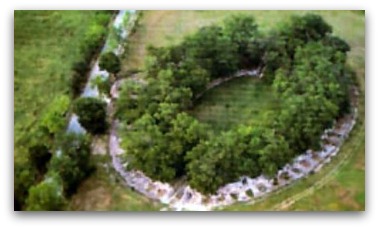 If you wish to help on an the archaeological volunteer dig and excavate the Roman Ruins, whilst on your holiday to Le Marche, we can arrange transport, access to hidden areas on the site and can even combine these with historical tours of the area using a highly knowledgable guide.

Please contact us regarding these historical digs which combine a stay at Villa San Raffaello at the beautiful town of Sarnano on the edge of the Sibillini National Park, we are rated “excellent” on Trip advisor

Today, Urbs Salvia has been renamed Urbisaglia but is a wonderfully tranquil place that disguises its historical importance well, but step off the main road, that is built on Roman foundations, and you will discover the ruins of a town of 10,000 people that covered a sizeable piece of the Macerata province.

The Roman excavations include a well-preserved amphitheatre, that held crowds of 5000 and hosted water battles as well as fights fought between gladiators and wild animals, a a temple to the goddess Salus Augusta encircled by a cryptoporticus, or enclosed gallery, frescoed with enchanting hunting scenes; a very large theatre; an aqueduct and a massive cistern that provided the population with cool fresh water.

Roughly 10% of the area has been fully excavated  and the archaeological site is steadily growing into a place of major historical importance. Progress at Urbisaglia is slow and has been hindered by the limited resources available, so the curators are keen for us to encourage parties to volunteer for excavation work.

Please contact us if you wish to combine archaeological work with your holiday at Villa San Raffaello, we can arrange transport to and from the site and even combine the archaeology with historical tours of Le Marche’s medieval towns. 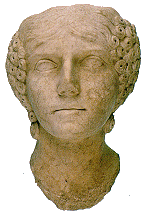 The Romans named Urbs Salvia after the Roman goddess of health, Salus Augustus Salviensis (protector goddess of the emperor) Urbs Salvia is positioned in a strategically important place with great communication links. The town lies at he crossroads of two important historical roads, one of them linking Firmum (Fermo ) to Septempeda (San Severino Marche) and the other road that leads from Asculum (Ascoli) to Auximum (Osimo) via Ricina (Villa Potenza).

Urbs Salvia was a municipality under the Republican period of Rome and it became a Colony under Augustus. By the 1st Century AD Urbs Salvia had become a powerful town, producing a number of illustrious figures, before being destroyed by the Visigoths under the leadership of Alaric in 409-410 AD.

The inhabitants of urbs salvia fled to the hilltop and created the fortified village of Ubisaglia which stands to this day above the Roman archeological site.

The Roman amphitheatre at Urbs Salvia 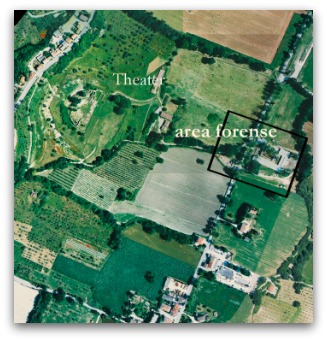 The amphitheatre, built in 75-76 AD, is still remarkably intact and is still used today for summer theatrical performances and Roman banquets. It is an oval form, with a diameter of around 90 metres along the main axis and 70 metres along its narrower axis and stands about 200 metres outside the town’s eastern gate alongside th SS78 road that now dissects the Macerata Province of Le Marche at Urbisaglia.

It was originally entirely surrounded by an external portico gallery (the footings are still visible; which allowed the structure to be terraced out, it had two entrances to the arena at opposite ends of the main axis, while spectators reached the auditorium through 12 vomitoria, or underground passageways. Dead and injured gladiators were evacuated through a narrow tunnel that accessed the crematorium.

The vast water cistern on the northern edge of the town, comprising two long identical chambers with an overall storage capacity of around 1000 cubic metres, was once fed by an underground aqueduct carrying water from the nearby hilltown of Colmurano.

The Roman theatre and the archaeology museum

In addition to the amphitheatre, there is also a theatre, 104 metres wide, built before 23 AD on the hillside below the medieval town of Urbisaglia. The remains of both its stage and semi-circular auditorium are clearly visible.The many archaeological finds unearthed on the site are now housed in a nearby museum, including portraits and sculptures found during excavations on the site of the theatre.

Please contact us if you wish to combine archeological digging and excavation with your holiday at Villa San Raffaello, we can arrange supervised historical digs for volunteers, transport to and from the Roman site and even combine the archaeological works with historical tours of Le Marche’s medieval towns. For information on archaeological digs in other parts of the globe please visit the volunteer archaeological dig web site

Villa San Raffaello is based near the picturesque medieval town of Sarnano (named one of the most beautiful villages in Italy) and is a few metres from the Sibillini National Park in the Le Marche Region of Italy. Our Villa in Le Marche has received a tripadvisor award for “Excellence” in 2012 and has 4 Italian rental apartments in total. On a San Raffaello holiday in Le Marche you will experience stylish, rustic Italian self-catering accommodation, a big landscaped garden in the countryside with a big pool, avineyard and stunning views of the Sibillini Mountains. 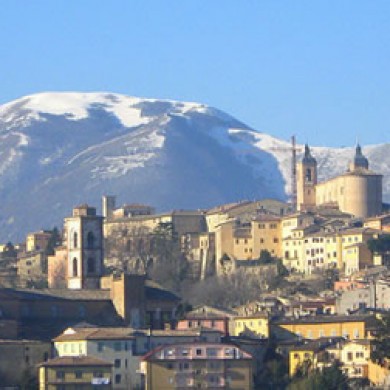 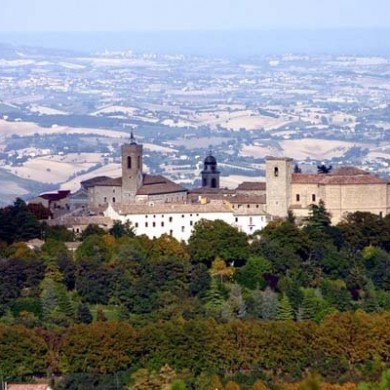 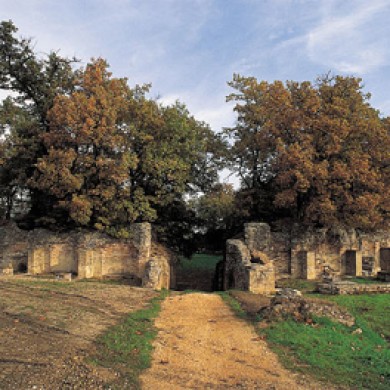 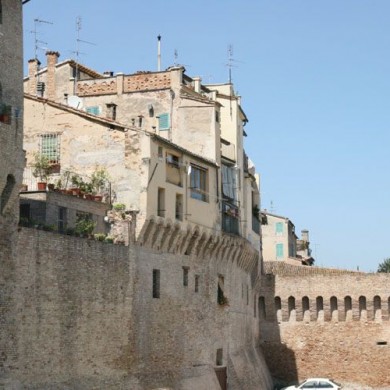 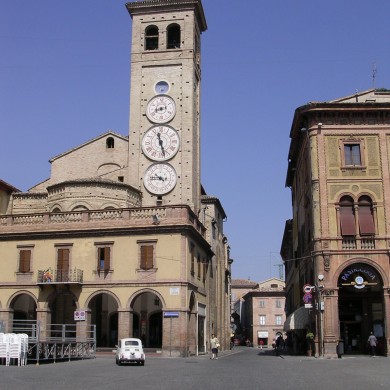 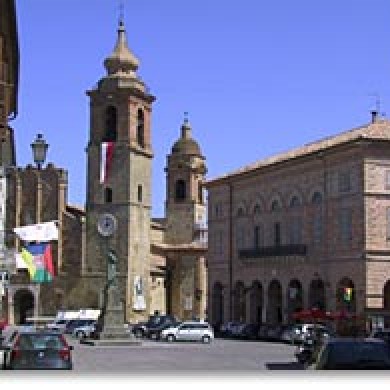 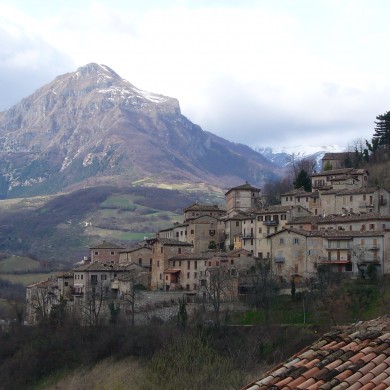 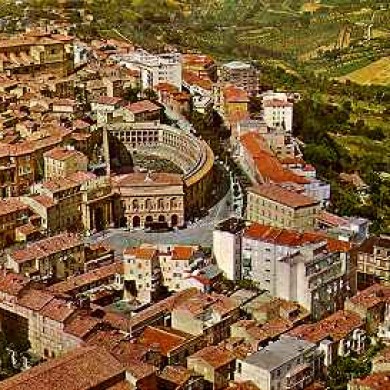 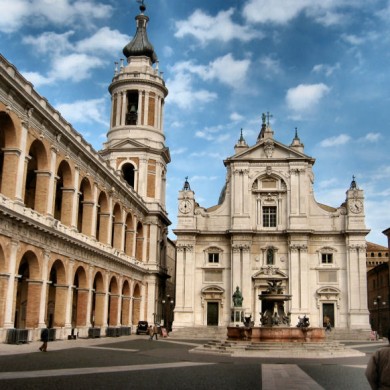 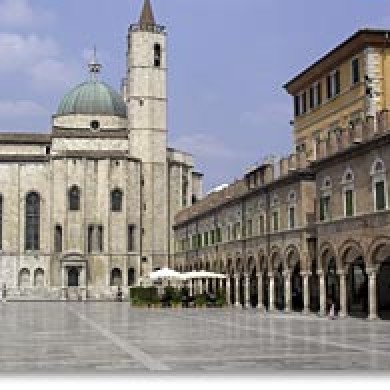 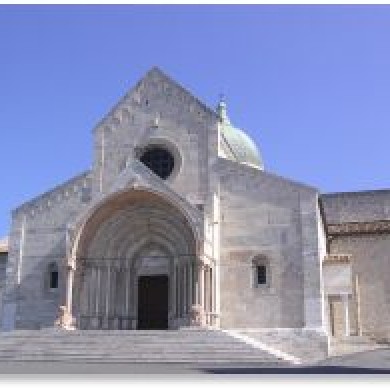