by Damien Conrad
beer
Comments are off 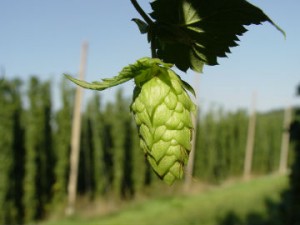 Italian beer has been ignored for too long by travelers to Italy, who are quite rightly blown away by the amazing varieties of regional wines, that range from a mouth filling, robust Montepulciano to a dry white such as Verdicchio.

When you can visit a cantina and buy great “sfuso” wines fresh from the tap at around €1.70 a litre, why bother with the beer. Especially when in Le Marche we have a number of relatively unknown grape varieties like Pecorino or Lacrima, that knock the socks of their better known cousins.

Birra has always been “small beer” in Italy. I don’t know whether it’s the lack of sufficient numbers of beer drinkers that has historically stopped beer from being taken seriously in Italy, or just that the wine is so good that there’s no point bothering with catering for the Birra cognoscenti.

In fact, I remember travelling 50km some years back for a highly publicised Beer festival in Tuscany, only to find 4 beers on offer, 3 were common or garden, ubiquitous blonde lagers plus a dark, stronger double malt that was sweet and fizzy and left you feeling shortchanged.

Now I’m no beer snob and am the first to accept a cold Peroni or Moretti to take the edge off a hot day, but in terms of flavour and variety, these leave you and your palate cold, especially when you consider the micro-brewery revolutions taking place on both sides of the Atlantic. 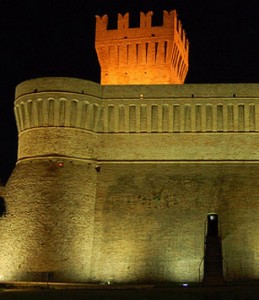 Historically, in Britain, big breweries were situated near a good clean water source and a supply of cheap labour. British beer has traditionally been made using hops; which give the beer its distinct bitter flavour and these hops take a lot of manpower to harvest in late summer and early August; hence the need for labour.

Drink-drive laws, a change in the social habits and drinking preferences of the British public saw the beer industry fall into sharp decline, whilst across the Atlantic in the USA and closer to home in Germany, artisan beer production at small Micro-breweries was increasing exponentially.

New technology allowed small producers to set up high tech’ breweries with relatively little capital outlay which allow them to determine the length and heat of the brew process and the ingredients, this enables them to produce light IPAs (Indian Pale Ales), Bitters, Stouts and more. Simple tweaking of what goes into the brew and when and for how long has an immediate impact on the taste and flavour of the Beer.

hankfully, the local Italians are picking up on the changes in overseas beer production and we now have 2 breweries in Le Marche that are producing artisan beers or craft beers. Microbrewery Il Mastio is situated at the ancient town of Urbisaglia, in the province of Macerata, famous for its Roman excavations.

It’s ironic that the Romans settled here for the climate and abundant supply of spring water, that they diverted into a huge cistern that supplied the town below and is still intact and can be visited today. This same water supply and climate is equally essential nowadays for the artisan brewery which produces a range of 5 beers that range from complex tasting blonde beer to a dark double malt.

Birrificio Artiginale Amarcord  is an artisan micro-brewery that produces a similar range in the town of Appechio in the province of Pesaro Urbino. The beers are 5.2% and upwards and include a whole range of reserve brews that need to be drunk with care. Typically, the beers are sold in bottles of 66 or 75 cl and are recommended for drinking with a variety of dishes. The more robust the food and flavours, the more robust the beer should be that accompanies it.

If you want a more British flavour you could try the Almond22 microbrewery started in 2003 just outside the region in Pescara. They brew a Pink Pepper Italian Pale Ale; which is an original interpretation of an IPA. This beer is quite bitter and reflects the high level of hops used to preserve the brew and keep it healthy during its journey by ship to the British colonies in India.

Back in England the transition town movement is taking root and building upon the model Italian community, sharing skills, goods, services, energy and supporting local enterprise through unique currency that can only be spent in local shops.

The crop growing in local parks and gardens is being augmented by links with farms to allow farmers to sell directly and get a decent price for their produce. 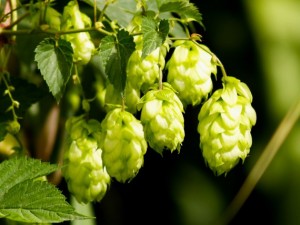 They’ve gone one step further in Crystal Palace, South London (where we hail from) and community beer production is taking place with local residents planting 100 Prima Donna hops (a variety of Kentish Golding hop) due to their small (2 metre) height and ease of growing.

The hops will be harvested and sent to a local brewery for production; residents will then each take a share of beer and meet for a harvest festival celebration. This is reminiscent of days gone by in Le Marche Italy, when grapes and crops would be shared and at Vendemmia or harvest time, the good folk would then tour each other’s cantinas for a tasting.

We aim to bring a little bit of transition town to Italy and have brought our own Prima Donna hops back from the UK and planted them on a South facing slope near the pool.  This year we aim to have the first Le Marche bitter produced alongside our Wine which we produced for the first time last year and is a blend of Sangiovese, Syrah and Merlot.

What more could you ask for, a pint of bitter followed by a meal using the organic vegetables and herbs available free to guests from the garden, a glass of organic, preservative free wine and maybe some organic lamb and Pecorino cheese from our tenant farmer Angelo.